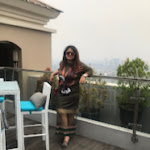 You may experience several symptoms, and still not know that you’re gluten intolerant.

How often have you had severe headaches and migraines? Maybe lost a couple of pounds without being on a diet, and gained it soon as well? Does it sound familiar? Have you checked with your doctor, before popping those pills for relief? These could be signs of gluten intolerance.


Let’s take a look at 7 signs so common, that we just ignore them thinking it could be another bad headache, stomach issue, or more. These are actually a warning by the body to not accept gluten!

3. Unexplained weight gain and/or loss – If you are often worried about your weight, not because you gain too much or too little, but because even though you eat healthy, you tend to gain or lose too much too fast, blame gluten. Keeping our weight in check is important, but a sudden change can be indication enough of a health problem. Gluten intolerance can trigger systemic inflammation, which resembles weight gain.

4. Poor oral health – Smelly gums and teeth, plaque, broken teeth, and cavities could be signs from the body to shut the lid on gluten consumption. At the Women’s Gluten-Free Health Summit, Dr. Kim Millman, MD, spoke of the relationship between gluten and bone density, stating that low calcium levels in gluten-sensitive patients can happen because of malabsorption in the body, leading to weaker teeth and bones.

5. Brain fog – Are you not able to think clearly when discussions happen at school, college, work or over a cup of coffee with friends? If you feel disoriented or cut off, chances are you aren’t always daydreaming. Gluten does bring about the ‘foggy brain’ effect in many individuals that are sensitive and intolerant to gluten, says a research, thanks to the antibodies present in it.

Pay very good attention to the way your body talks to you – chances are that it is telling you more than what you can fathom at the moment.

5-Minute Routines To Re-Energise Your Body And Mind

A long day at the office, a heavy workload, a few house chores to complete…exh

Fond of swimming? Have a thing for intensive workouts? Great, now merge them tog